Mum of two gorgeous boys and the owner of samwilsonfitness, a company dedicated to female health and wellbeing.
email
facebook
instagram 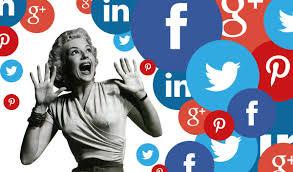 I've been described by my nearest and dearest as a fairly balanced person and I guess that this is true.  However, last year I did develop a rather unhealthy relationship with food and exercise.  As someone who has always exercised and always been conscious of nutrition, I never took it to extremes, fitting in exercise where I could and generally eating foods that I liked and were in the main healthy.  I've got parents who are laid back about food and there were never any restrictions or bad relationships around food.  It was just something that you ate to fuel your day, with probably room for more vegetables but generally healthy enough.  I inherited my grampy's love of Dairy Milk. definitely, but apart from that, I was pretty relaxed.

During my twenties, I began to get more interested in food and what it could do to the body.  I stopped eating wheat (literally anything with wheat was cut out), I had allergy tests for bloating and found that this did help.  I still didn't take it too seriously though.  Luckily enough, there weren't the social media sites around at that point or I probably could have become more obsessed.  I went regularly to the gym and took classes, tried to eat more vegetables and fish and that was that.

A few years later, through my role as a personal trainer/fitness professional/coach/instructor or whatever you want to call it, I became exposed to a constant barrage of 'fit' bodies, food information, nutritional do's and don't's and endless arguments on social media between fitpros and dietitians and those eating meat and those not eating fruit, the list is endless.  The photos and images of supposedly fit people kept on coming and eventually I found myself only eating foods that I considered to be clean or 'allowed'.  Gradually my relationship with food became less than balanced and I started to weigh myself now and again (we don't own scales but at friend's houses I would sneak a look).  I became very lean and although that was ok, my actual thoughts about food were becoming skewed and unbalanced.  I couldn't have this. I couldn't have that...going to the supermarket would be difficult, trying to buy only 'allowed' foods.  No grains, just vegetables and protein.  Then a massive binge on chocolate (followed by guilt).  Cheese yes, dairy yes (but should I be eating dairy?), some people say yes, some people say no....who to believe?  This went on for a few months.  Then my best friend said to me, "why are you talking like this?  You are not like this, you don't count calories and worry about food, what has happened?" It was true, I had become someone that was beginning to worry about food rather than just eat healthily.  I'd been influenced by social media rubbish, by pictures of fitness models and non existent stomachs, to the point where it changed my views on food for a while.  I'm glad she said that to me and I'm glad that I listened.  I don't do this anymore.  I eat really well and look after myself but I also allow myself to eat chocolate and cake if I want it.  I've now discovered my limits with food and listen to my body.  I eat what nourishes me and occasionally what doesn't!  I know when I've overdone it and will go back to eating what suits me again.  It's the same with exercise and training. I train because I love it and love to move, but not solely because it will make me thin or 'lean'.  I train because it gives me a clear mind and better sleep and I do like being strong :)

I guess what I'm saying is that if your training schedule is punishing and if you are constantly thinking and worrying about food, perhaps stop and think about it for a minute.  Is this healthy?  Is is sustainable?  Is it going to drive you mad after a while?!  Social media is a really dangerous world if you believe it all.  Nutritional advice from those with no real qualifications, fitness advice from those just wanting you to get a six pack. it's no good.  Goals of being lean and nothing else are pointless.  Be strong, learn a new skill because it benefits your body and mind.  Learn what works for YOUR body and nobody elses.  Don't be body shamed, go out there and do whatever you want to do.  Learn how to develop a healthy relationship with food. Do your own research and above all, listen to your own body.  What works for one, does not work for all.  I'm a strong person and being bombarded with such pictures and information constantly almost got me believing it all!  Never again! :) 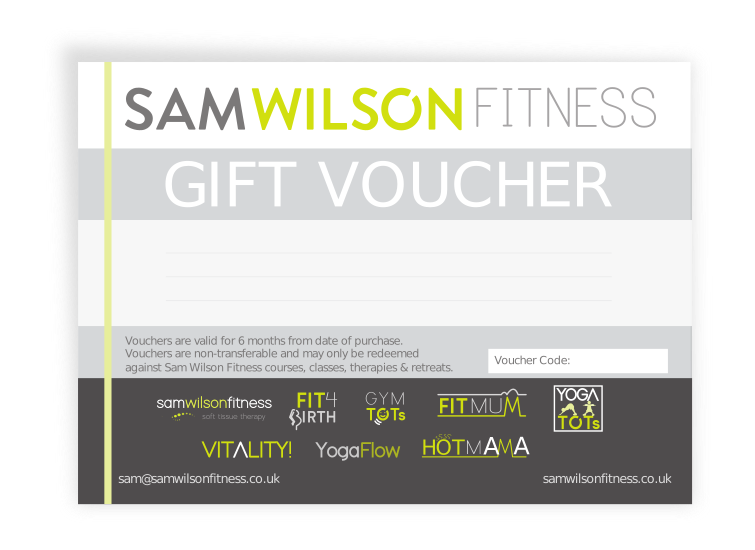 Available now and redeemable against all samwilsonfitness services, including massage, classes, courses and retreat/workshop events.

Join us for a wonderful day of Yoga and Meditation at the beautiful Moonfleet Manor Hotel, Dorset.  Set by the sea, yet surrounded by countryside, this day retreat will relax your body and soothe your soul.

Enjoying the change of season with Yoga, coastal walk, Yoga Nidra all in a wonderfully relaxing setting,

Fitmum is a perfect way to get back into shape and also to meet other moms! Sam makes me feel so comfortable and offers a fabulous workout.